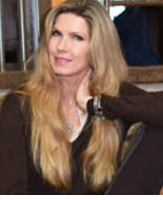 Trainers are brought into this business in a number of ways and while there are advantages to being the child of a professional trainer, being the daughter of two legends can be a tough road to follow. “Sometimes there is a lot of gossip because of being their (Tom and Donna Moore) daughter,” said Melissa in an earlier interview. “It is like living in a fish bowl at times, but that is about the only part I don’t like. I realize and appreciate the opportunities I have had because of them. I don’t add pressure to myself or try and achieve all they have achieved or to emulate their abilities, there is no way to live up to what they have done in this industry. I just try o do the best I can do and be proud of my achievements.”

Melissa debuted in the show ring at the age of six and by 12 she had won her first world’s championship. However, being a professional trainer wasn’t something that Tom and Donna wanted for their youngest daughter so after graduating high school a year early she left the barn and went to Brooks College where she graduated top of her class and received the award for “Outstanding Student.” She opened a clothing store, spent time as a model and went into acting, all while finding opportunities to ride, especially on the West Coast. In between ventures she always found time help her parents at their respective facilities.

The horses kept calling her back and eventually she realized training is what she wanted to do. Melissa has been quite successful with open and young horses, in addition to putting amateurs and junior exhibitors in the ring. Saddlebreds, Hackneys and roadsters have all won world’s and national titles under her direction. She has personally accumulated more than 50 world’s and reserve world’s champions. Some of her recent stars include It’s Double O’Deuce, Callaway’s Aperitif, Go Daddy, Belle Reve’s Sgt Pepper, Indian Outlaw, The Rhumba, and Ringo’s Mega Buck, among others.

Email your question to Melissa Moore